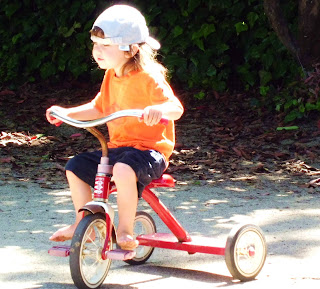 We finally made it back out to a park after nearly a week of being shut indoors thanks to this VILE virus that's left us all a bit weak and sniffly. K seems to be completely well while N and I are still struggling just to throw clothes on in the morning. But, sitting on a bench at the park with a bag full of oranges (gotta LOVE that Vitamin C!!!) admiring my strong little boy might have been just the cure.

Perhaps it's all the close space of living in a studio while sick, or maybe it's sure feeling that we'll be sticking around...for a little while...but whatever the case, we have finally begun to look for an apartment. We're fairly particular this go around. We have a certain area in mind, a certain proximity of nearness to public transportation and a favorite park, and an awareness that this will all lend to a lengthy search. It's alright though...the weather is gorgeous, I'm happy enough spending my days at the park, and N is enjoying the live poker scene. We're busy, we're happy, we're back to building up our nest egg, and wishing for more living space seems silly in the face of all that goodness. 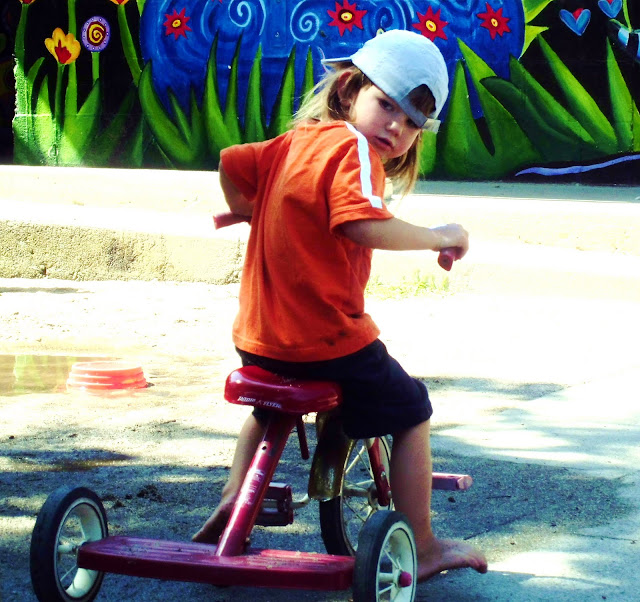 While at the park, I had a bit of a run-in with two mothers who seemed a bit freaked by K's rambunctious use of one of the slides. To be fair, he was sending a plastic replica toy lawnmower down the slide, BUT we were loudly announcing our intentions, and I was keeping a keen eye out for anyone who might get hurt by K's experiment. One little kid came over and 'tattled' on me to his father and announced "Nothing down the Slide!" Apparently, these women were weirded out that I would allow my kid to DO such a thing in the first place, so they stood around loudly saying things like, "YES...that WOULD be a good rule." or "Maybe he doesn't KNOW that's a good rule."

So I stood around saying things like, "Do you want to do it again, K?"

Until FINALLY, this nice dad stepped in and said to both the women AND the little boy who was rather appalled by the whole thing...that "...it might be a good rule to watch out for YOURSELF."

Seriously people...sending things safely down a slide is NOT going to kill anyone...or hurt anyone...or illustrate some example of astonishing recklessness that will forever scar your child.
Posted by Lyndz at 10:30 PM